The current non-profit-based San Francisco Aeronautical Society Board of Directors includes dynamic aviation enthusiasts with years of experience responsible for driving the Society to achieve its mission and objectives. 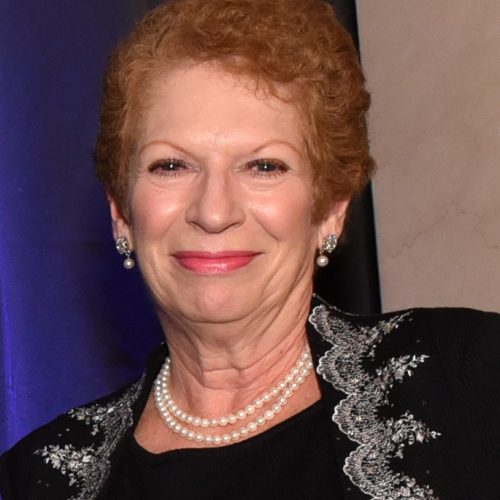 Jean Caramatti, President,  joined the Board in 2018.  She retired in June, 2018 after nearly 45 years with the City and County of San Francisco, including 36.5 years at San Francisco International Airport (“SFO”) as the Commission Secretary.   Jean was a sponsor of the Motivating Volunteer Participation (“MVP”) Committee at SFO from its formation in 2011 until retirement.  MVP is responsible for providing volunteer opportunities for Airport Commission employees in the hope that they will be inspired by the experience and volunteer in their own communities. She is a member of the Palcare Board of Directors from 2007 to the present, serving as Board President from 2010 through 2016.  She is also a charter member of the Rotary Club of San Francisco International Airport and Board President for three years. 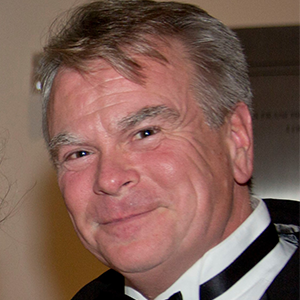 Ken Turpen, Vice President, joined the Board in 2015.  He is currently a Captain for United Airlines flying the new generation Boeing 737 aircraft from San Francisco. He brings to the board more than 30 years of aviation experience. Ken graduated from the United States Air Force Academy in 1988 and became an Air Force instructor pilot in 1989. He has built two experimental aircraft, and flown many others. He has maintained membership with the EAA (Experimental Aircraft Association) and AOPA (Aircraft Owners and Pilots Association) since 1992. At United Airlines, Ken has flown the 727, 737, 757, and 767. His accomplishments include being awarded “Pilot of the Year” three times by United Airlines. His hobbies include hiking, fishing, skiing and pocket watch and wrist watch repair and restoration. 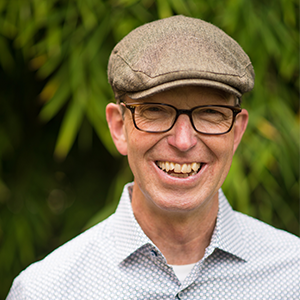 John Martin, Treasurer,  joined the Board in 2017.  He served as Airport Director of SFO from 1995-2016.  He started his career with SFO in 1981 after receiving a Masters in City and Regional Planning from the Harvard University, Kennedy School of Government and a BA from Lawrence University. During his tenure at SFO he oversaw the construction of the International Terminal, T2, the Air Train system and the BART Station and was an industry leader in security operations, the passenger experience, and environmental sustainability. He has served on the Aeronautical Society Board since 2017, and also serves on the SFO Museum Advisory Board.  He was the founding President of the California Airports Council. 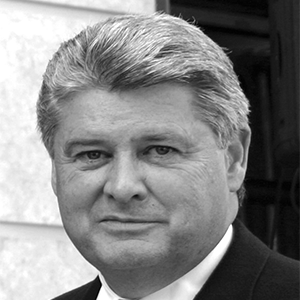 Dennis Bouey, Director, joined the Board in 2005. He is the former CEO of the San Diego Unified Port District which included San Diego International Airport, maritime cargo, cruise ship business, industrial maritime and over 600 commercial leases. He was CEO of the Philadelphia Airport System and The Port of San Francisco.  Mr. Bouey also served as the Deputy Director of San Francisco International Airport; and as the General Manager of the Olympic Club in San Francisco. Mr. Bouey has served on the Boards of Directors of various Bay Area civic and charitable organizations. 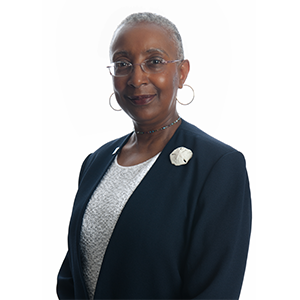 Angela Gittens, Director is a founding Board Member of the Society. is a founding Board member of the Society. She spent 12 years as the Director General of Airports Council International (ACI World). She was formerly CEO for Miami and Atlanta airport systems, and deputy director at San Francisco International Airport. In other previous roles, Ms. Gittens served as Vice President, Airport Business Services for HNTB Corporation, and as Vice President at TBI Airport Management. Ms. Gittens has served on numerous aviation industry boards and committees including FAA and NASA advisory committees, the Executive Committee of the National Academy of Science’s Transportation Research Board and the Board of Directors of JetBlue Airways. 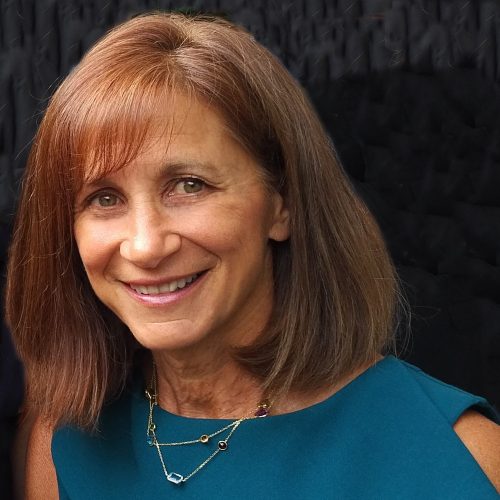 Catherine Mayer, Director, joined the Board in 2006. Ms. Mayer is the Managing Director of MayViation, an aviation and industry collaboration consulting company, specializing in bringing industry partners together to maximize the business and operational benefits of information technology solutions at airports.   Previously Catherine ran the Airport Business unit for SITA, a leading service provider of IT business solutions and communications services to the air transport industry. She is an active participant in Airports Council International (ACI), including becoming the first non-Airport member to be appointed as an observer to the ACI World Governing Board (06/11). Ms. Mayer has over 42 years of aviation experience working with airlines, airports and industry organizations. 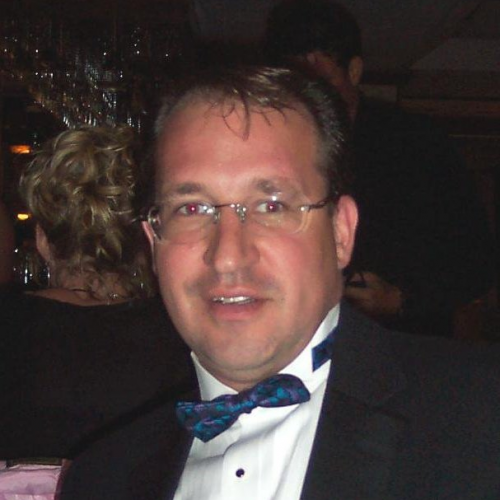 Eric Starks, Director, joined the board in 2009. In 1985, Eric began working for Alaska Airlines, first in Ketchikan, then Phoenix, Seattle, San Francisco, and San Jose where he was the Station Manager. In 1998, Eric returned to San Francisco’s SFO as the Station Manager for KLM. During this same period, Eric chaired the International Terminals’ Multi User Service Equipment Committee. In 2001, Eric was recruited by Virgin Atlantic Airways for the position of Station Manager at SFO where he is currently still working. He is a charter member of the Rotary Club of San Francisco International Airport, in District 5150.

Founding Board of Directors:

The Society is honored to have the following aviation legends as Emeritus Members. 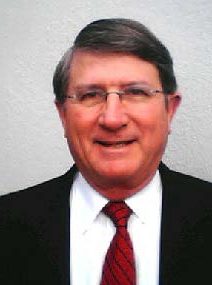 Judd Iversen, Director Emeritus, 2015  joined the Board in 2005. He worked for the University of San Francisco Law School as the Director of the Center for Law and Global Justice and was responsible for the Law School’s Rule of Law Program in Southeast Asia from 1995 to 2005. He is now a partner in a small peninsula law firm. He is a member of the Law School’s Board of Counselors. He is a commercial pilot from a family with a long history in aviation which includes pioneer aviator John Livingston who won the Bendix Air Race three times. 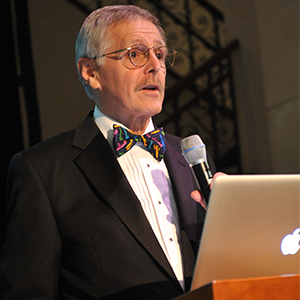 Louis A. Turpen, President Emeritus, 2018 ​is a founding Board member and has served as the President of the Society from inception through 2017. He was Director of San Francisco International Airport from 1981 to 1995, and President and CEO of the Greater Toronto Airport’s Authority from 1995 to 2004. The San Francisco Airport Commission enthusiastically supported Mr. Turpen’s idea for an aviation museum at SFO and formally approved the concept in 1991. The facility was officially named in 1996, received formal accreditation from the American Association of Museums as part of the San Francisco Airport Museums in 1999, and had its grand opening in 2000. 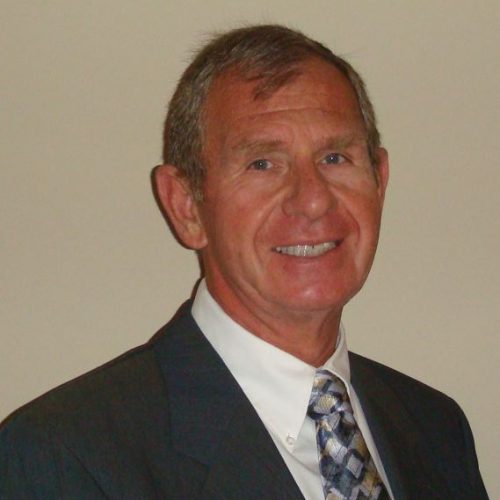 Peter Volny, Director Emeritus, 2016, joined the Board in 2006 and now resides in Scottsdale, Arizona. He is the founder of Griffin Bacal Volny (GBV), one of Canada’s most successful marketing/advertising/PR agencies with a strong reputation for launching new brands and reviving struggling ones. GBV won many prestigious awards including Canada’s top television commercial, and several international Mobius Awards. GBV was acquired by Omnicom (OMC – NYSE), the industry’s largest holding company. Mr. Volny is past President of the Canadian Business Press and of the Society of Ontario Advertising Agencies and has been an editorial advisor and regular columnist for several magazines. Peter has been a life-long aviation aficionado.

The following dedicated leaders served on the Society’s Board and were instrumental to helping the organization develop and grow. 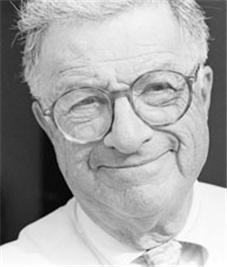 William K. Coblentz, Director (1997-2010), was a founding Board member and senior partner of the law firm of Coblentz, Patch, Duffy & Bass, LLP. He was appointed to the San Francisco Airport Commission in 1970 when a City Charter revision removed San Francisco International Airport form the Public Utilities Commission and established it as a separate city department. He served on the Airport Commission until 1986, holding the office of Vice President for six years. Mr. Coblentz provided his expertise and guidance, and assisted in establishing policies which elevated SFO to a world-class airport. 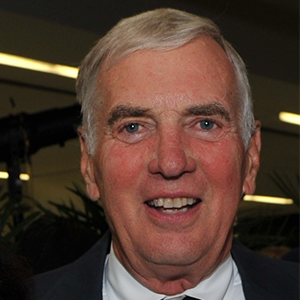 George Doubleday II, Director, (2002 – 2019), was the founder and chairman of several companies active in Asia-Pacific trade development and tourism.  He served as first officer with operations training and control duties and it’s regional managing director of South East Asia during a sixteen-year career with Pan American World Airways.  He went on to co-found InnerAsia Travel group, a parent company of Geographic Expeditions and Geographic Travel. Mr. Doubleday also served as a Vice President and member of the Board of Directors of the Pan Am Historical Foundation. 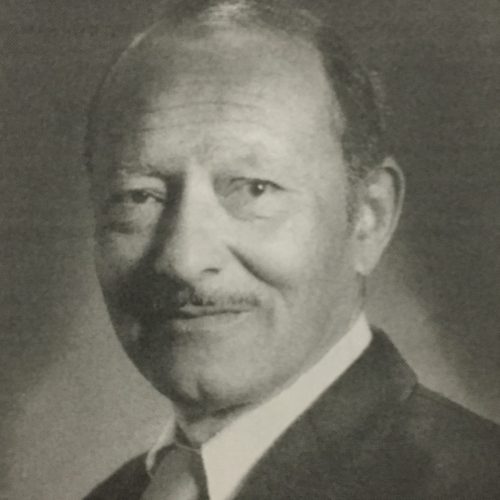 Dr. Zuretti L. Goosby, Director (1997-2000), a founding Board member and civic leader in San Francisco including a long-standing career in the desegregation of public schools and service on the Board of Education and the Airport Commission. 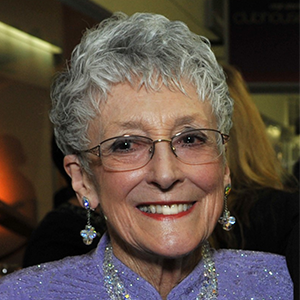 Mary Griffin, Director (2005-2015), was an active member of the Society from 2005-2015.  She served as an elected official in San Mateo County from 1976 through 2001, twice as Mayor during her eleven-year tenure on the Millbrae City Council. In 1987 she was elected to finish the unexpired term of then Supervisor Jackie Speier and was re-elected three times to that office until the term-limit date of January 2001. She was a signatory to the original memorandum of understanding that created the San Francisco Airport Community Roundtable in 1981. 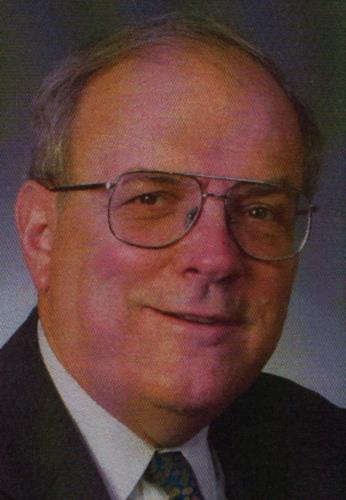 Patrick Murphy, Director (1997-2015), was a founding Board member as well as the Chair of the Restructuring and Insolvency Group at Winston & Strawn, an insolvency, finance, and litigation firm in San Francisco. He served on the San Francisco Airport Commission from 1988 to 1995. During Mr. Murphy’s tenure on the Commission, he saw SFO’s $3 billion Master Plan Program through a lengthy and complicated planning and environmental approval process. 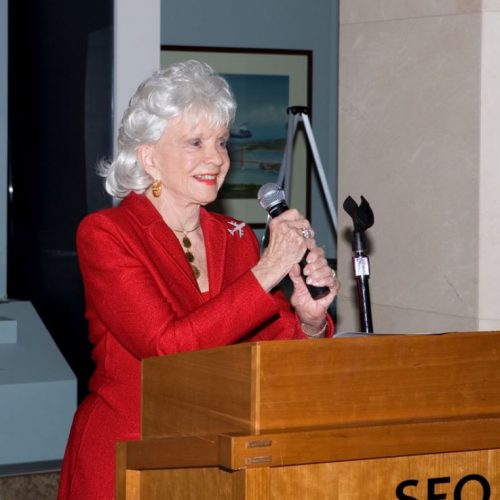 Zoe Dell Lantis Nutter, Director (1997-2016),  was a founding Board member. Her career in aviation began as the Official Hostess and Pirate Theme Girl of the 1939-40 Golden Gate International Exposition on Treasure Island. She traveled more than 100,000 miles by air to promote air travel. Mrs. Nutter, a licensed pilot, served in the Civil Air Patrol flying search and rescue missions. She also served as company pilot for the Small Aircraft Division of Elano Corporation, a jet engine fuel and exhaust system manufacturing company founded by her late husband E.J. Nutter.  Mrs. Nutter was a Trustee of the National Aviation Hall of Fame in Dayton, Ohio. 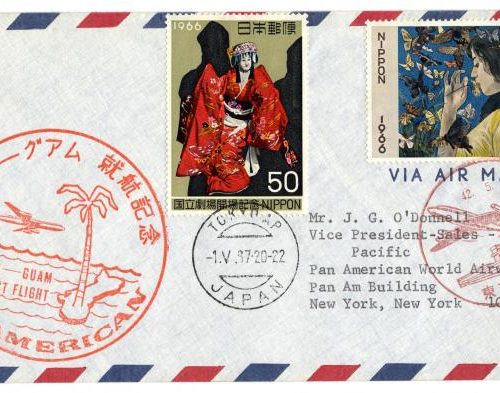 Jerry O’Donnell, Director (1997-2002), was a founding Board member whose experience, skills and personal warmth all greatly enhanced the Society’s ability to deliver its mission.  He began his career with United Airlines, moving on to Pan American World Airways where he helped to open the Pacific routes, and then was appointed to Vice President based in Asia. After retiring from the airlines he became President of the Hong Kong Tourist Association. 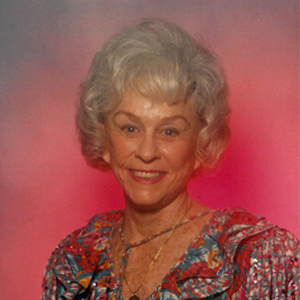 Jean Kaye Tinsley, Director (2002-2016), was a life member of the National Aviation Hall of Fame. She began flying airplanes in 1945, hot air balloons in 1962, helicopters in 1965, and gyroplanes in 1976, and held a commercial pilot’s license.. Mrs. Tinsley was a life member and past President of the International Organization of Licensed Women Pilots (99’s) and was the international Executive Director of the International Organization of Licensed Women Helicopter Pilots (Whirly Girls). She was a pilot on the first U.S. team to compete in the World Helicopter Championships in 1973, the first woman to pilot the Bell XV-15 Tilt Rotor aircraft, and the first woman president of the Helicopter Club of America in 1991. 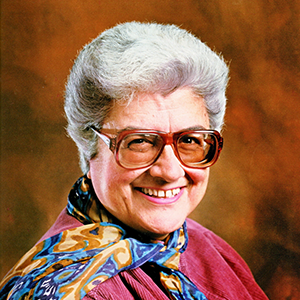 Athena Tsougarakis,  Director and founding Board member (1997-2012) was a former vice president-systems director with the Bank of America. She served on the San Francisco Airport Commission from 1985 to 1988. Her other work in the public sector included serving on the San Francisco Social Service Commission, the Payroll/ Personnel Development Advisory Group, and the Employment and Training Council. Ms. Tsougarakis was a former member of the Board of Directors of the Family Caregivers Alliance. 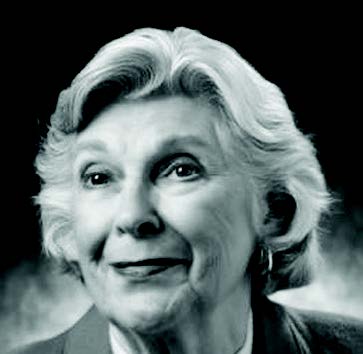 Mrs. G. Wilkinson Wright, Director, (2002-2012), a trustee of the National Aviation Hall of Fame, served on the Board of Directors of the Wright State University Friends of the Library. As a member of the Wright Family, she was active in preserving the legacy of Orville and Wilbur Wright in Dayton, Ohio, and the promotion of centennial of flight celebrations worldwide.