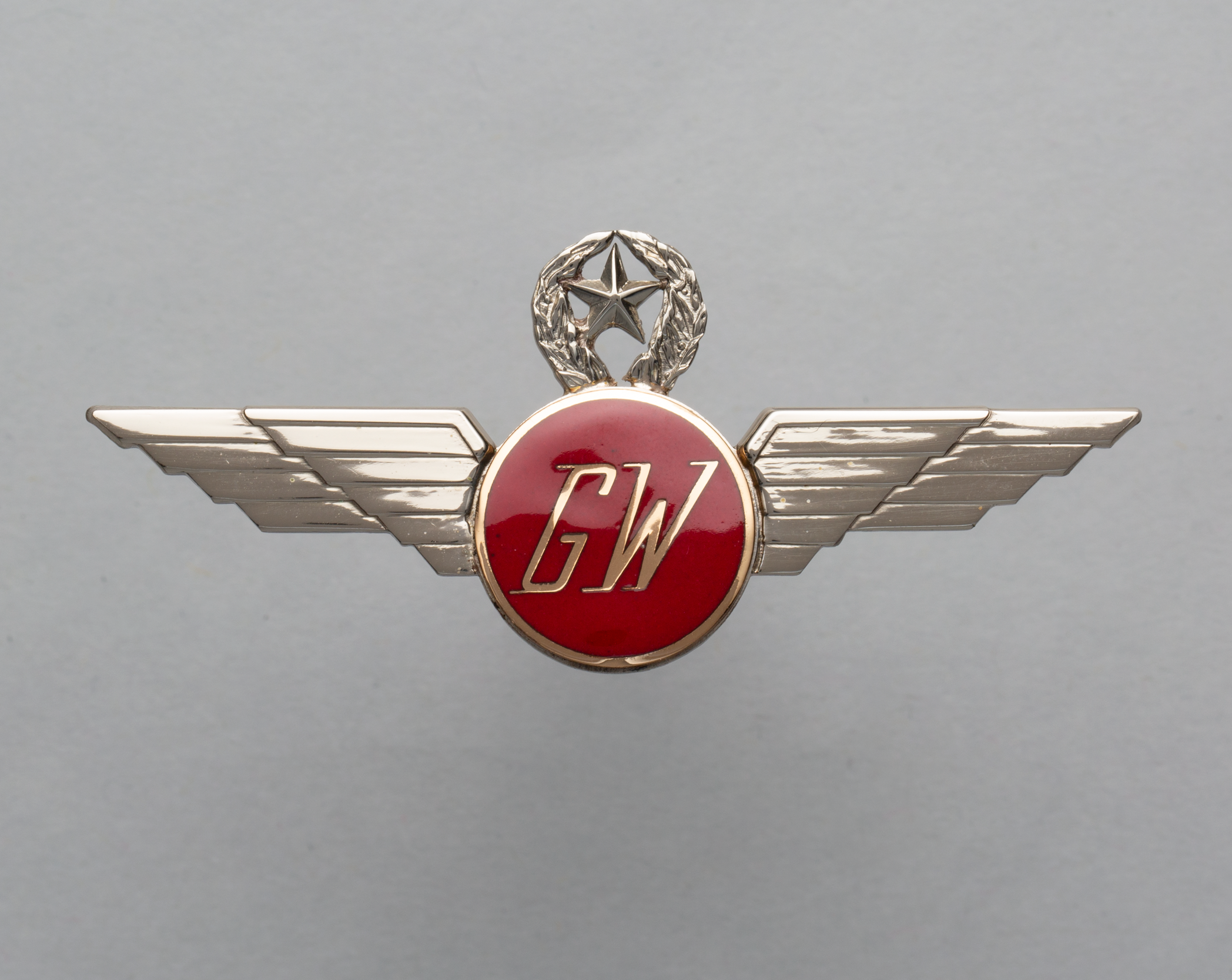 The San Francisco Aeronautical Society is proud to announce the acquisition and donation to SFO Museum of a collection of commercial airline insignia spanning nearly seventy years of commercial aviation, from the 1920s to the 1990s. Recognized the world over as emblems of the intrepid aviator, these unique and individualized insignia have served to identify licensed commercial pilots for more than a century. This wings collection was assiduously assembled by Thomas G. Dragges during his employment with Japan Air Lines and Federal Express at SFO. The collection features rare and historically significant airline captain, first officer, and flight engineer insignia, including a first issue Western Air Express pilot wing from 1925, an early 1930s Transcontinental Air Transport/Maddux Airlines wing, and a first issue Pennsylvania Central Airlines flight engineer wing from the 1930s.
Over the course of his twenty-year relationship with SFO Museum, Mr. Dragges has generously donated more than 30,000 items in support of the Museum’s mission to collect, preserve, interpret, and share the history of commercial aviation.