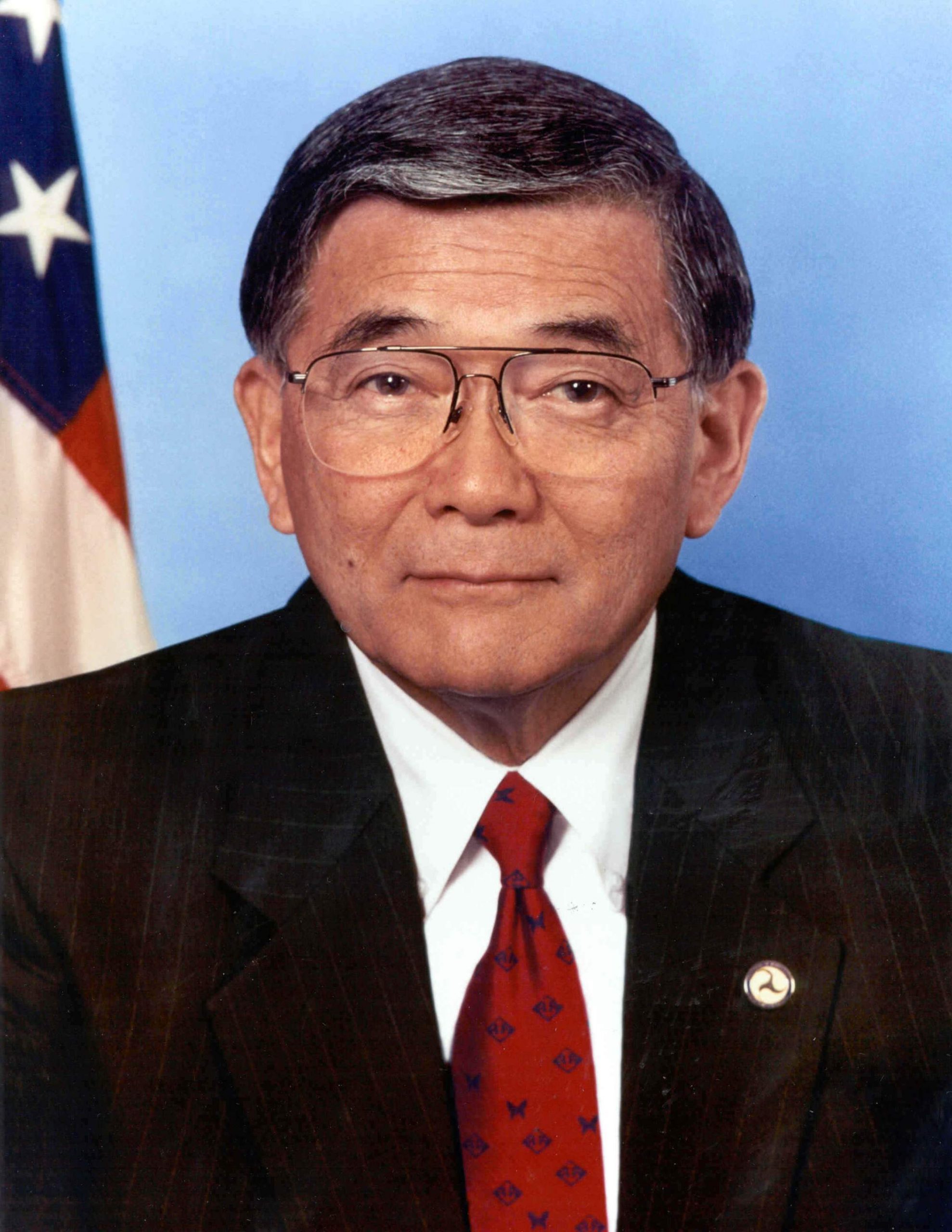 2003 – Honorable Norman Y. Mineta, Secretary of the United States Department of Transportation was awarded the Achievement in Aviation Award to express the Society’s appreciation for his long-standing leadership in developing the air transport system both regionally and nationally.  He was also a former Councilman and Mayor of San Jose; member of the House of Representatives, chairing the House Committee on Transportation and Infrastructure, as well as chairing the aviation subcommittee;  Secretary of Transportation under the George W. Bush Administration.  During his time in the House of Representatives he pressed for additional funding for the FAA.  He received the Tony Jannus Award in 2004 for his contributions to commercial air transportation.