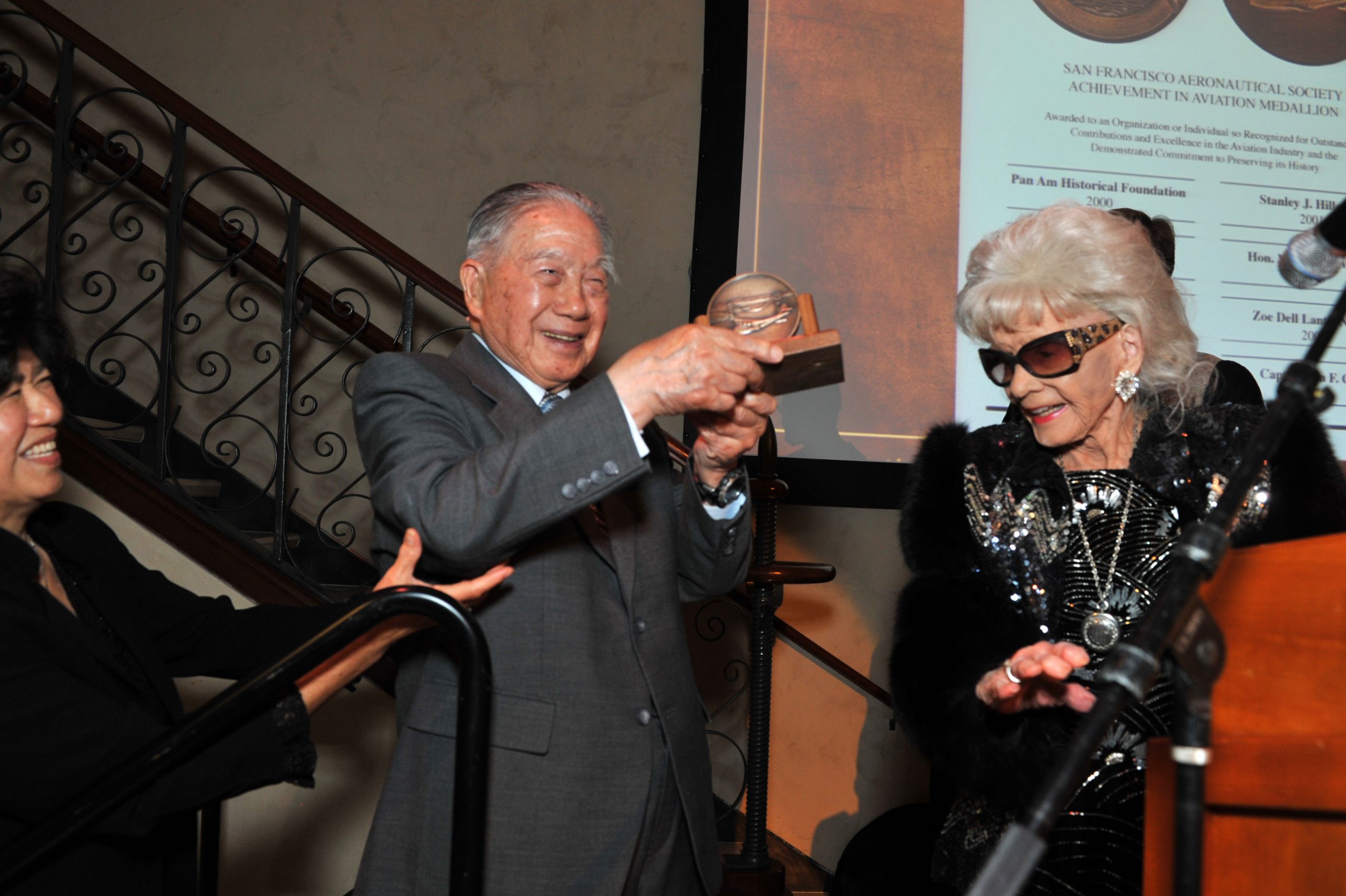 2014 – Captain Moon Fun Chin started his aviation career working for China National Aviation Corporation—a China-US airline—where he began as a mechanic and co-pilot on the Shanghai–Peking route. He was promoted to captain in 1936. Captain Moon Fun Chin was never a member of the U.S. military, yet he was awarded four prestigious medals by the U.S. government: The Distinguished Flying Cross, Asiatic Pacific Campaign Medal (Silver Star), The Air Medal, and The Presidential Unit Citation. He became one of the most decorated civilian pilots by the U.S. military. He was awarded the Achievement in Aviation Award for his outstanding contributions and excellence in the aviation industry and his demonstrated commitment to preserving its history.