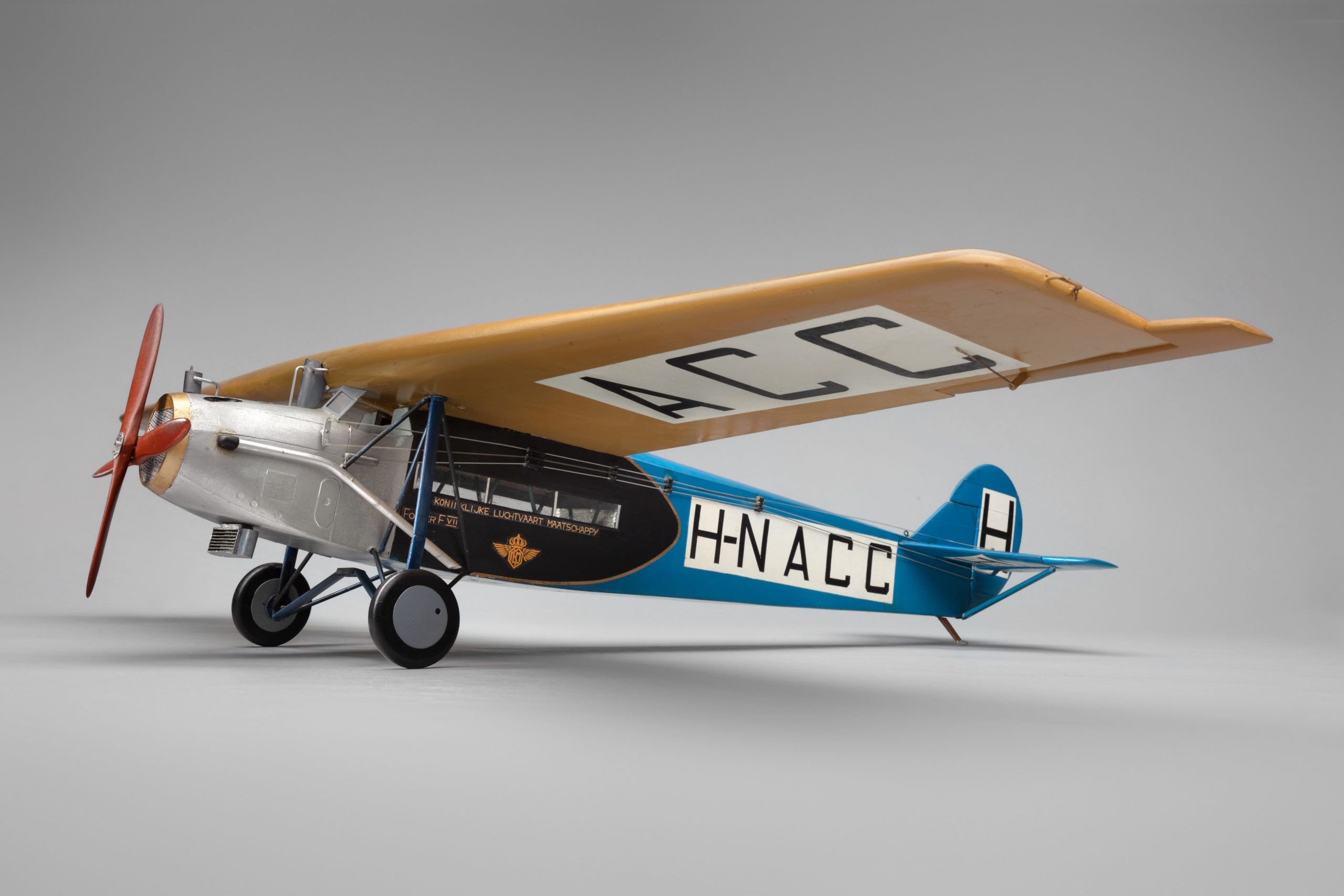 In the fall of 2020, the San Francisco Aeronautical Society aquired and gifted to the SFO Museum, eleven model airplanes that represent nearly fifty years of aircraft development between the mid-1920s and early-1970s. The making of scale aircraft models was an important part of the design, manufacturing, and marketing process for both airlines and aircraft manufacturers. Crafted by in-house model shops or independent model makers, they represented designs scaled down for convenient analysis. Carriers also utilized models as advertising display pieces to promote their services, enabling would-be passengers to visualize their mode of transportation – of particular importance in an era before flying was common or the internet was available. The donated models depict a variety of aircraft, from an early KLM (Royal Dutch Airlines) Fokker F.VII trimotor, to an American Airlines Douglas DST, to a Pan American World Airways Lockheed L-049 Constellation prop liner, and a Lockheed L-500 (C-5) represented as a concept airplane for United Air Lines.