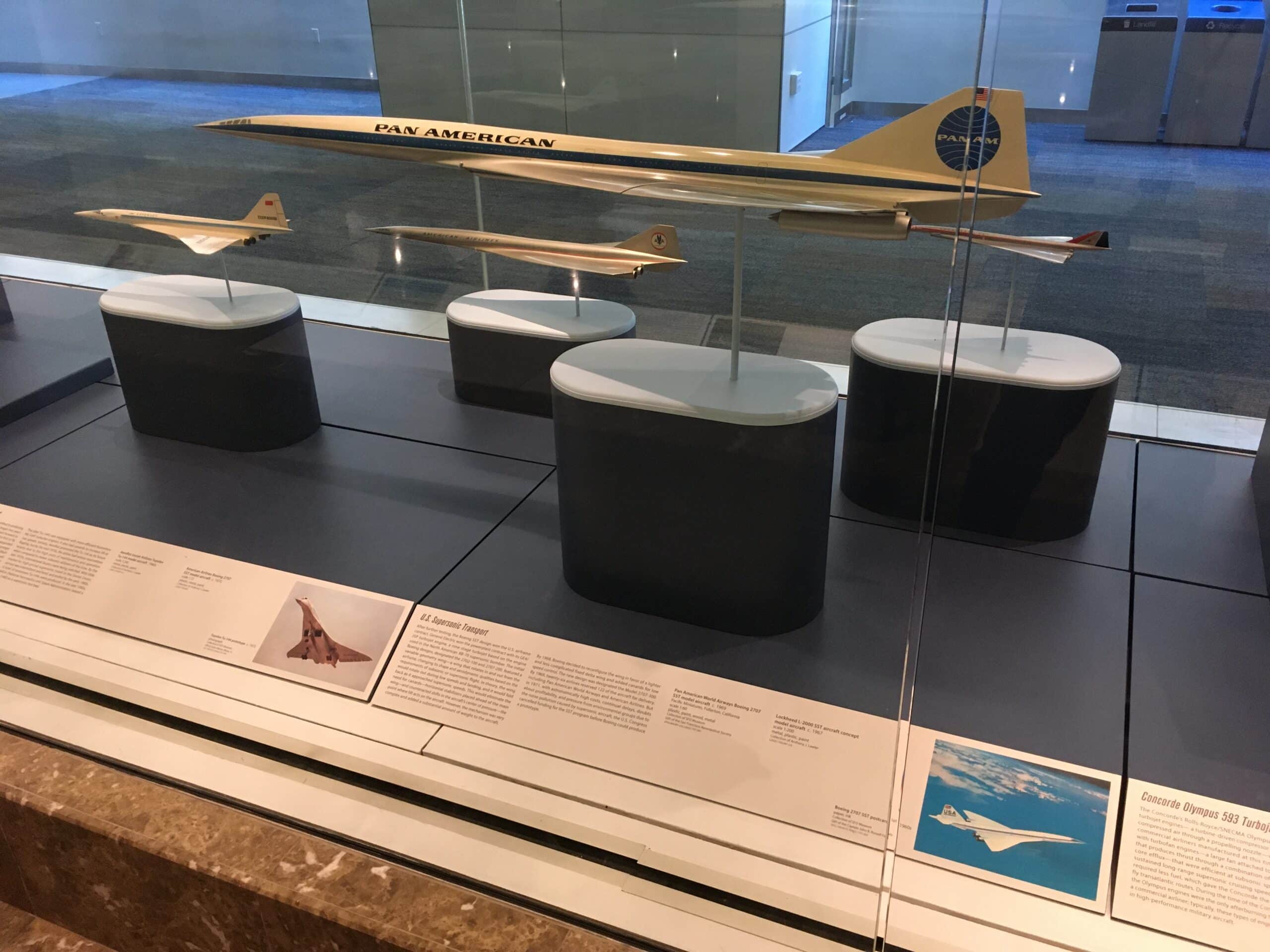 Let’s begin with Concorde. The world’s first passenger plane to fly at supersonic speed, made history after its prototype debut in 1969 and again in 1976 when its first passengers boarded the aircraft. In a short 3.5 hours, Concorde flew from New York to London traveling at 1,350 miles per hour, consuming one ton of fuel per passenger. The plane could fly at twice the speed of sound and up to 60,000 feet in the sky. As a result, the aircraft revolutionized long-distance travel as it cut flying time by 50 percent from the East Coast to Europe.

So what was the trigger for the Concorde project to take off? In October 1947, United States Air Force test pilot Charles “Chuck” Elwood Yeager took to the sky flying the jet-powered Bell X-1, becoming the first human on record to travel faster than the speed of sound. Fast forward to a little over a decade later and that’s when Britain and France teamed up on the Concorde SST project.

Boeing also entered the SST market with their 2707 project: a sleek aircraft with a swing wing configuration. Included in the collection on display at the museum is a very limited model that reveals how the Pan Am SST would look. Unfortunately, lack of funding and customer demand meant Boeing had to cancel 2707 before any prototypes had been completed.

Over the decades, Concorde gained many admirers not just for her speed, but for her elegant purposeful lines. Concorde pushed back the boundaries of our understanding of flight and became a symbol of speed and luxury. “It was very exciting because the Concorde, when it entered service in the mid-1970s, looked to be the future of air travel. It was hoped that with the supersonic transport, you could now cross the Atlantic in half the time, and, hopefully, fly around the world in half the time, and just bring nations closer together and improve commerce,” said Bob Van Der Linden, the curator in the Aeronautics Department at the National Air and Space Museum.

Although the Concorde went out of service in 2003, there are efforts underway to bring back the SST. Boom is working to launch Overture, a new aircraft built for “speed, safety and sustainability.”  and JAXA is performing research and development of a silent supersonic aircraft. So for those aviation enthusiasts who missed out on flying on the Concorde, there is still hope to travel at the speed of sound within the next 5 to 10 years.

This fascinating exhibition currently on display at SFO’s Museum presents the legacy of the first-generation SSTs through aircraft models, airline flight attendant uniforms, meal service sets, photographs, posters, brochures, advertisements, and video excerpts from the 1976 British Airways promotional motion picture. Be sure to stop by and experience it for yourself now through Nov 12, 2023.

We want to thank all of our members for their contributions over the years as the San Francisco Aeronautical Society can only continue to acquire fascinating aviation history artifacts such as the Pan Am SST model through your generous donations. Click here to become a member or to make a donation.